ALK (anaplastic lymphoma kinase) is also known as CD246, is a kinase receptor. ALK came into spot light when it is discovered that its translocation, such as EML4-ALK, creates a driver oncogenic gene in non-small cell lung cancer (NSCLC). A small percentage of NSCLC patients carry EML4-ALK translocation or its variants, which product oncogenic fusion protein.

Screening for this fusion gene in NSCLC is important, as "ALK-positive" tumors are highly sensitive to therapy with ALK-targeted inhibitors, such as Crizotinib. ALK translocation is detected by FISH (gold standard), IHC and RT-PCR. For the IHC diagnosis, it is a pivotal to use a highly sensitive antibody as the level of ALK expression is low in NSCLC samples. 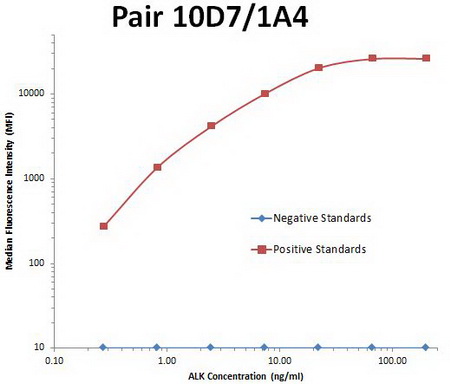 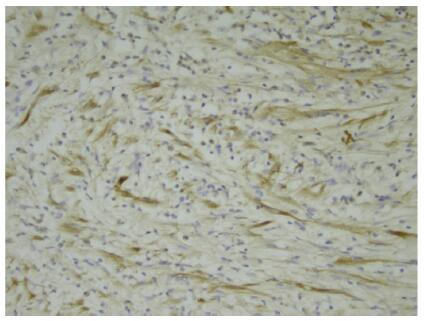 The use of this Antibody has been cited in the following citations:

ALK-rearranged NSCLC is sensitive to ALK inhibitors such as crizotinib, but resistance frequently develops, often with metastases to the brain. Ceritinib is a more potent ALK inhibitor than crizotinib in vitro, crosses the blood–brain barrier in vivo, and shows clinical responses in patients with crizotinib-resistant disease.

The U.S. Food and Drug Administration today approved Xalkori (crizotinib) to treat people with advanced (metastatic) non-small cell lung cancer (NSCLC) whose tumors have an ROS-1 gene alteration. Xalkori is the first and only FDA approved treatment for patients with ROS-1 positive NSCLC.