Huntington’s disease (HD) is a fatal neurodegenerative disorder which usually occurs in mid-age. It is characterized by psychiatric disorders, involuntary movements and dementia, leading to death within 10-20 years

Huntingtin is a 350 kDa protein that is altered in HD. The expanded trinucleotide CAG repeat of the huntingtin gene encodes an abnormally expanded polyglutamine stretch in the N-terminus of the protein. The abnormal form of huntingtin aggregates in vitro and forms neuronal intranuclear and cytoplasmic inclusions in HD patients. Furthermore, the expanded polyglutamine repeats have been proposed to cause neuronal degeneration in HD through abnormal interactions with other proteins containing short polyglutamine tracts such as the CREB binding protein (CBP). CREB promotes cell survival and is a major mediator of survival signals in mature neurons. 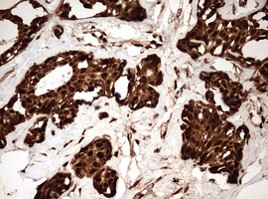 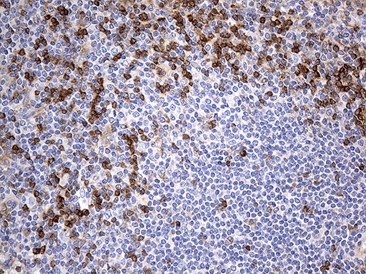 HIP14 is a novel huntingtin-interacting protein. Its interaction with huntingtin is inversely correlated to the polyglutamine length of huntingtin. HIP14 protein, which is enriched in the brain, has been reported to show partial co-localization with huntingtin in the striatum. It is found in a subset of neurons affected in HD. One related protein is HIP14-like (HIP14L), which has 69 % homology to HIP14.

Huntingtin-associated protein-1 (HAP1) is highly expressed in brain and has been demonstrated to mediate the neuropathology of HD. HAP1 interacts with huntingtin, with two cytoskeletal proteins (dynactin and pericentriolar autoantigen protein 1) and with a hepatocyte growth factorregulated tyrosine kinase substrate. The interactions with cytoskeletal proteins and a kinase substrate indicate a role for HAP1 in vesicular trafficking or organelle transport.