Parkinson's disease (PD) is a chronic, progressive neurodegenerative disorder of the central nervous system characterized by tremor, muscle rigidity, postural abnormalities and slowed movement (bradykinesia), with dementia manifesting in 20% of the afflicted. Onset before age 20 is categorized as juvenile-onset, before age 50 as early-onset and after age 50 as late-onset PD. After Alzheimer's disease, PD is the second most common neurodegenerative disorder. Symptoms occur from decreased stimulation of the motor cortex by the basal ganglia, resulting from insufficient formation of dopamine produced in the dopaminergic neurons in the midbrain (especially in the substantia nigra). Mutations in SNCA, UCHL1, PARK8/LRRK2 and PARK3 result in autosomal dominant PD, while mutations in PARK2, PARK7, and PINK1 result in autosomal recessive PD. NR4A2 and SNCAIP have been identified as susceptibility for PD.

Alpha-synuclein (SNCA) is an acidic neuronal protein. Accumulation of insoluble fibrils of aggregated SNCA protein is found in the central pathologic feature of PD, the Lewy bodies. Therefore, PD is generally considered a synucleinopathy. 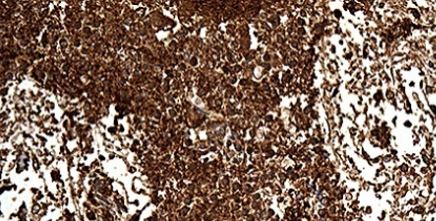 Ubiquitin carboxy-terminal hydrolase L1 (UCHL1) is a deubiquitinating enzyme. Expression of UCHL1 is highly specific to neurons and to cells of the diffuse neuroendocrine system and their tumors. A polymorphism in the UCHL1 gene appears to reduce the risk of developing PD, but it is unclear how this variation protects against PD. In contrast, a point mutation in the gene encoding this protein is implicated as the cause of PD in one case. The gene is also associated with Alzheimer's disease and required for normal synaptic and cognitive function.

Leucine-rich repeat kinase 2 (PARK8/LRRK2) is a large, complex protein with multiple enzymatic and protein interaction domains, each of which are targeted by pathogenic mutations in familial PD.

Parkin (PARK2) is an E3 ligase in the ubiquitin-proteasome system and plays an important role in juvenile-onset PD. Malfunctions due to mutations in the PARK2 gene may lead to reduced degradation of proteins toxic to dopaminergic neurons. Phosphorylation of parkin at Ser101 and Ser378 may have an important regulatory role on its E3 ubiquitin ligase activity. Parkin has been shown to interact with SNCA, PARK8/LRRK2 and STUB1/CHIP (STIP1 homology and U-Box containing protein 1/C terminus of HSC70-interacting protein), which might contribute to PD development.

Parkin coregulated gene protein (PACRG) is a gene located close to parkin and thought to be co-transcribed with parkin. The PACRG protein is also a component of Lewy bodies in PD patients.

PTEN-induced putative kinase 1 (PINK1) is a mitochondrial serine/threonine-protein kinase thought to protect cells from stress-induced mitochondrial dysfunction. Mutations in this gene may lead to early-onset PD.

Nuclear receptor-related factor 1 (NR4A2/NURR1) is a transcription factor expressed in the embryonic ventral midbrain. In developing and adult dopamine neurons, NR4A2 is required for the expression of several genes important for dopamine synthesis and function. Mutations are suggested to lead to dopaminergic dysfunction.

Synphilin 1 (SNCAIP), a substrate of parkin, interacts with alpha-synuclein and is observable in Lewy bodies. Mutation of the SNCAIP may lead to enhanced apoptosis. The function of synphilin 1 in PD susceptibility remains to be confirmed. Alpha-crystallin B chain is a member of the small heat shock protein family and acts as a molecular chaperone preventing aggregation of denatured proteins and prevents apoptosis by inhibiting caspases. Enhanced expression of alpha-crystallin B chain is observed in numerous neurodegenerative diseases such as Alzheimer's disease, multiple sclerosis and PD.