MDA5( Melanoma differentiation-associated gene 5), encoded by gene IFIH1, is a member of the RLR family. It is a pattern-recognition receptor that recognizes viral RNA and induces type 1 interferon response. MDA5 plays a crucial role in responses to viral infections and in autoimmune and autoinflammatory diseases and cancer.
Most members of the RLR family have two RNA binding domains: the central helicase domain and the C terminal domain. Still, only MDA5 and RIG-I have an N terminal caspase activation and recruitment domain (CARDs) that leads to the Type I interferon response.
Recent studies have shown that MDA5 recognizes cellular RNA and viral RNAs. Mutation in the IFIH1 gene is associated with multiple autoimmune diseases, but the impact of the mutations in both viral sensing and autoimmune disease is a hot topic of investigation.
Previous
Next

MDA5 Pathway- When a virus enters the host, MDA5 is activated by binding to long molecules of double-stranded RNA generated during viral infection. MDA5 can get activated by synthetic RNA, viral RNA, and endogenous RNA. On activation, multiple CARD domains cluster leading to engagement of MAVS and induction of type1 IFNs. 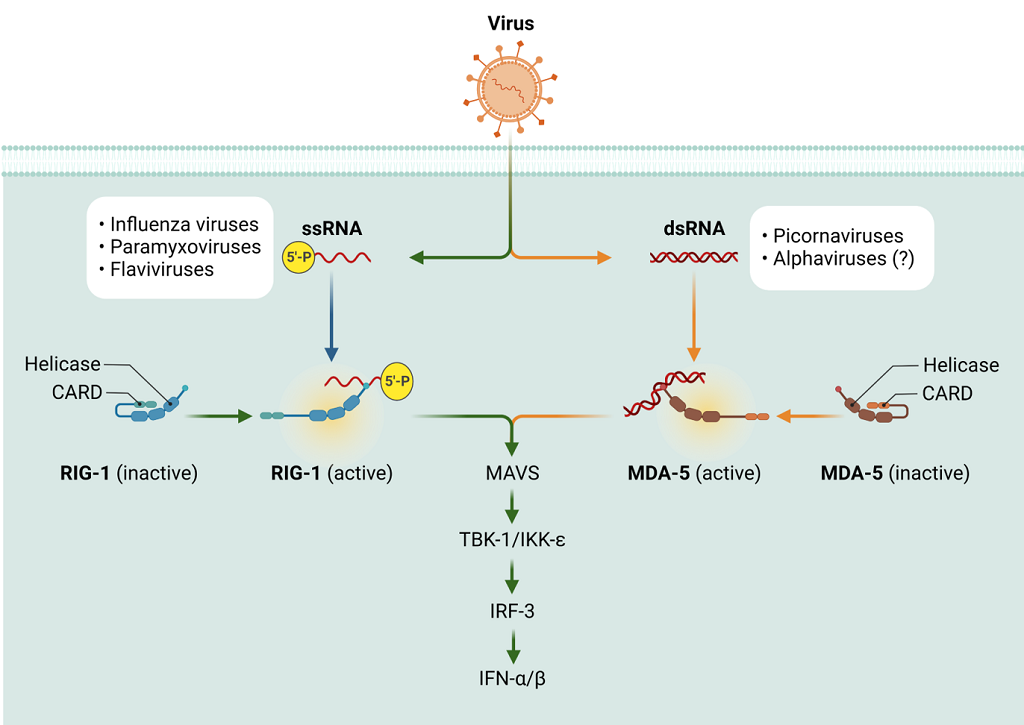 RIG-I (retinoic acid-inducible gene I) is a cytosolic pattern recognition receptor that is important for innate immunity. It is part of the RLR family similar to MDA5. Though they are similar in structure they respond to distinct species of RNA viruses. RIG-I responds to in-vitro transcribed dsRNA, vesicular stomatitis virus, influenza virus and Newcastle disease virus in mice. Whereas MDA5 recognizes poly(I:C) and picornavirus. Unlike MDA5, RIG-I recognizes ssRNA bearing 5’ phosphatase. 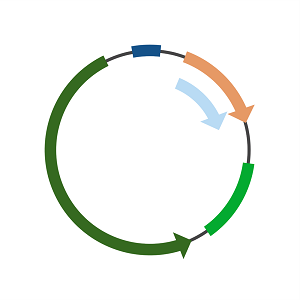 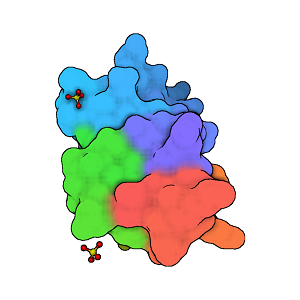 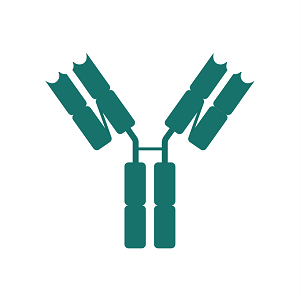