Why use Cas9 mRNA for genome editing? 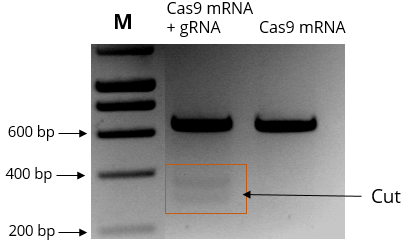 Cas9 mRNA with or without sgRNA were transfected into HEK 293T cells. After 48 hrs, cells were harvested and genome editing was measured using T7E1 assay.